Tel Aviv has a scoop with the world’s first ever crowdfunded social impact bond. Here’s why it matters for social innovators.

Loneliness among the elderly is a problem in many western societies. So, when Social Finance Israel and the Matav Association came up with a program to help older citizens in Tel Aviv build and maintain meaningful relationships with the local community, that wasn’t spectacularly distinctive. What is remarkable, though, is how they got the program funded. Although social impact bonds have been around for a couple of years now, they have never been open to individual (non-professional) investors and communities. The Idan Hadash project has just changed that by successfully opening up investing to virtually anyone. Nearly 230 private investors raised a total of approximately $295,000. At the start, the crowdfunding campaign was heralded as an opportunity to become part of an ‘impact investment revolution’. Indeed, if adopted elsewhere, social impact bonds may be entering the next stage, with opportunities and pitfalls for both social innovators and the communities they intend to serve.

For starters, some background

Before we get there, let’s briefly focus on what the social impact bond is actually about. It makes sense for social impact-oriented projects like Idan Hadash to turn to the local government for funding. However, in Tel Aviv the local authorities have ruled out paying for the program upfront. But they are willing to fully fund the program when it has delivered the intended results, in this case, if loneliness does decrease significantly. The essence of a social impact bond is that other parties make the upfront investments needed to carry out a social program, which is often called ‘an intervention’. They bear a financial risk, because they will only be reimbursed if pre-negotiated outcomes are achieved within a particular timeframe. In return, they are offered the prospect of a financial return. The Idan Hadash impact bond comes with the prospect of a 5% return (IRR), paid by the municipality of Tel Aviv and the Tel Aviv Foundation. The underlying reasoning for the return is usually based on cost saving. If loneliness declines, its negative effects will also be reduced. For example, the Israeli case refers to a positive correlation between loneliness and risk of depression, dementia and heart failure. A decrease in loneliness leads to lower public expenditure on health care, which allows for the payment of interest.

That’s Tel Aviv. Social impact bonds have been more widely implemented in countries like the U.S., U.K. and the Netherlands. Frontrunner experiences from those countries show that designing a social impact bond can be a time-consuming endeavor, which is partly due to the difficulty of determining which performance indicators to use and what the real volume of cost savings will actually be. It generally requires quite a bit of research, consultation and negotiation to reach clear pay-for-success agreements. This is one of the main reasons why, in existing impact bonds, just a few investors (banks, funds, larger foundations) are involved.

In the Idan Hadash case there are still a handful of large investors involved, who together have invested about $480,000. But in addition, the initiators sought to open up the impact bond to small private investors and the local community. The social impact bond was published on Israeli crowdfunding platform Fundit. The crowdfunding campaign became an instant success, allowing people to invest as little as $150 as well as considerably larger sums. On average, the 228 investors have lended $1,300.

Opening up the market for social impact bonds

So, why is the Idan Hadash novelty something to be excited or concerned about? First, and most obvious, the decision to allow ‘the crowd’ to invest opens up a new part of the impact investing market. The social impact bond has now become an ‘open social impact bond’ and crowdfunding helps expand the pool of potential investors. The vast majority of investors in the Tel Aviv campaign had not previously contributed to a crowdfunding project through the Fundit platform, suggesting many of them are first-time investors with an exclusive interest in the Idan Hadash program.

Bringing in the crowd is in itself insufficient to fund smaller social impact bonds more easily. The general lack of standardized deal-making processes contributes heavily to the time- and resource-consuming character of the instrument. However, there are at least a couple of pioneering initiatives trying to shape a model that reduces the level of complexity through standardization, and that will ultimately make it easier to open up the market for small investors. For instance, two years ago, the Dutch province of Noord-Brabant launched the Brabant Outcomes Fund (BOF). The BOF groups together investments from different public and private partners. It is not (yet) possible for individual non-professional investors to participate.

Following the logic of social impact bonds and using standardized application forms, the BOF invests in social enterprises that generate measurable social impact. The initial budget totaled about $1.2 million. Out of 82 applications, the BOF entered into results-based contracts (which still had to be individually negotiated) with 5 entrepreneurs during the first round of investments. Among the selected ones are companies like FladderFarm and Refugee Team. FladderFarm operates a kind of mobile chicken farm, housing the birds in moveable sheds called ‘Chicken Caravans’. Refugee Team uses cultural and sports events to speed up refugee integration into Dutch society. Moving out of the pilot phase, the BOF and its institutional investors have already raised the bar on portfolio ambitions for 2021. The BOF expects to invest up to $24.1 million in the upcoming second round.

There is yet another reason why the Idan Hadash crowdfunding campaign may be opening the door to the next phase for social impact bonds. Open social impact bonds have great potential to mobilize (local) communities and to strengthen their involvement in social interventions. The program in Tel Aviv aims to solve a problem that is strongly felt in the local community. As co-founder Voor je Buurt (VjB), of one of the first civic crowdfunding platforms, I have witnessed many communities taking ownership of social initiatives and literally becoming more actively involved in social interventions. Examples range from small-scale programs for improving local healthcare to complex brownfield redevelopment projects, some of which would also fit nicely with cases of social impact bonds.

The results of a survey among participants on the VjB platform indicate that involving people financially in a particular social cause adds to a feeling of collective ownership (indicated by 55% of over 500 respondents) and to higher levels of community support (82%). Almost 75% told us they had become engaged in the crowdfunding campaign or the implementation of the civic project at some point. Some stuck with just re-sharing social media posts for crowdfunding while others committed to longer-term volunteering. When we followed up on the survey a couple of years later in 2018, we found community participation was still high in most of the crowdfunded projects. On average, 28% of the original supporters were still participating in the project on a regular basis. Almost 4 out of 10 continued to pay occasional visits to the project or otherwise stayed in contact with the initiators. And 22% revealed they had made successive financial contributions to the project.

All of this doesn’t mean open social impact bonds will follow the same pattern. But at least, there are some strong indications that the mere possibility to join in financially may pay off in stronger community participation and consequently in stronger interventions. What is more, it might even channel some of the financial returns from the social impact bonds back to the local community, especially when community organizations (like cooperatives and community enterprises) are among the investors.

In closing, I would like to make two comments on how thinking and acting around open social impact bonds can also easily get off the rails. First, social impact bonds are one solution among a growing number of impact investment tools. There are many, justifiably critical, reservations about whether such a results-based construction is always (or even ever) desirable to enable social interventions.

Secondly, there are limits to the extent to which crowdfunding stimulates participation and has a democratizing effect. Crowdfunding remains a form of voting with your wallet, limiting access to those who have at least some money to spend. In addition, it may not be easy to involve non-professional investors (either individuals or communities as a whole) in contractual negotiations. In Tel Aviv the preparatory phase  was carried out by the so-called ‘anchor parties’. Individual investors received a ready-made investment offer with no possibility to renegotiate any part of it. Worth mentioning, investment conditions were the same for both individual and institutional investors, and the contracts were fully transparent.

Although open participation in all stages might be difficult to achieve, it does not alter the fact that open impact bonds can strengthen the voice and ownership of communities, in particular during implementation. Therefore, and to use their own words, I hope the Idan Hadash program will indeed turn out to be a milestone in ‘an impact investment revolution’.

Martijn Arnoldus (martijn@socialfinancematters.nl), April 2021. Read more about my activities and mission to contribute to a strong support infrastructure for impact-driven enterprises and initiatives. 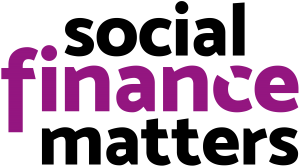